Gourmand World Cookbook Awards chooses On the Hummus Route as Book of the Year – Best in All Categories, and Peace CookBook. 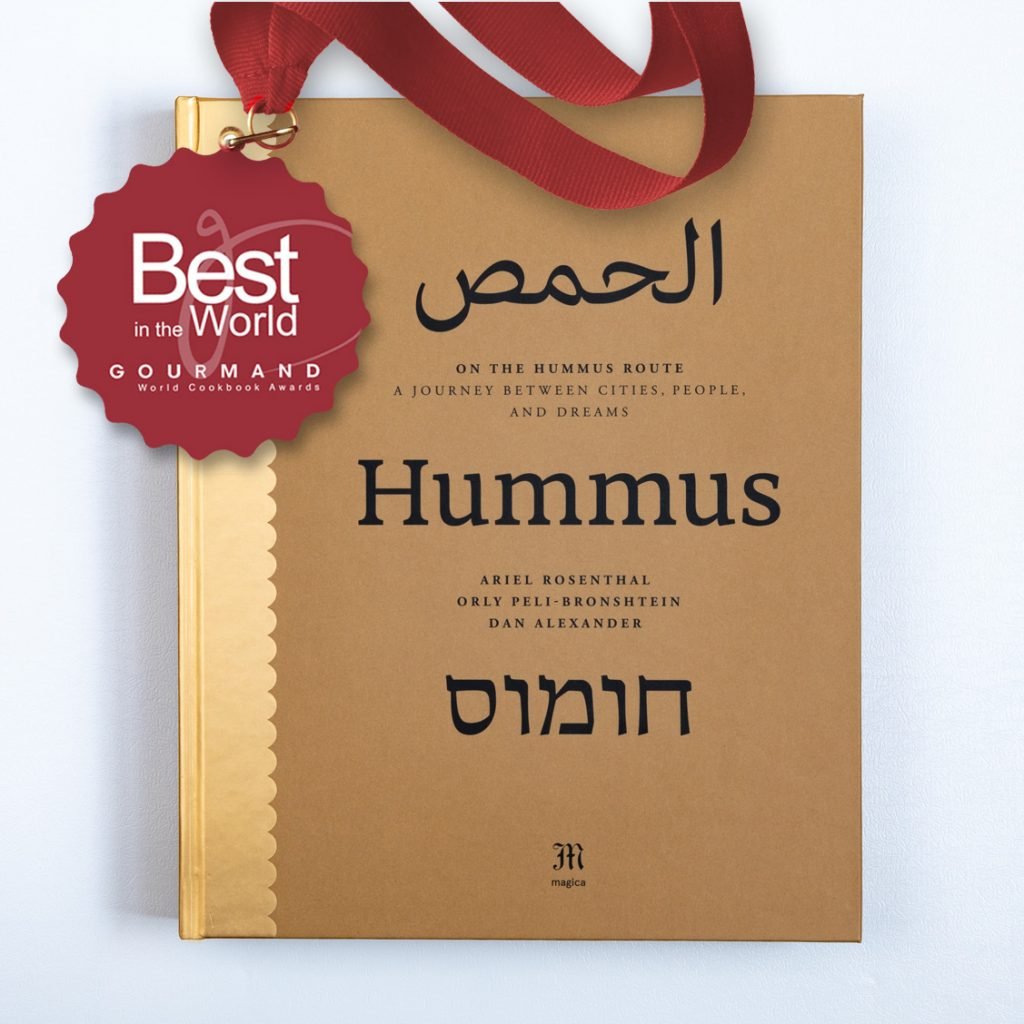 Dubbed as the ‘Oscars’ of gastronomy, Gourmand World Cookbook Awards picked On the Hummus Route out of thousands of entries from 130 countries and regions worldwide. Due to the current global situation brought about by Covid-19, Gourmand, now in its 25th year, released the announcement of the winners today on their website and in a personal letter to us.

In the release announcement, Edouard Cointreau, President of the Gourmand World Cookbook Awards, said, “We decided that releasing the list now might make hundreds happier in these very difficult times… ‘On The Hummus Route’, a very positive cookbook from the Middle East, can give hope to all readers.”