Hummus: A Middle Eastern dish with an identity crisis.

France 24 in an exclusive interview with Dan Alexander about his work as Chief Editor, book designer, and co-author of On the Hummus Route. 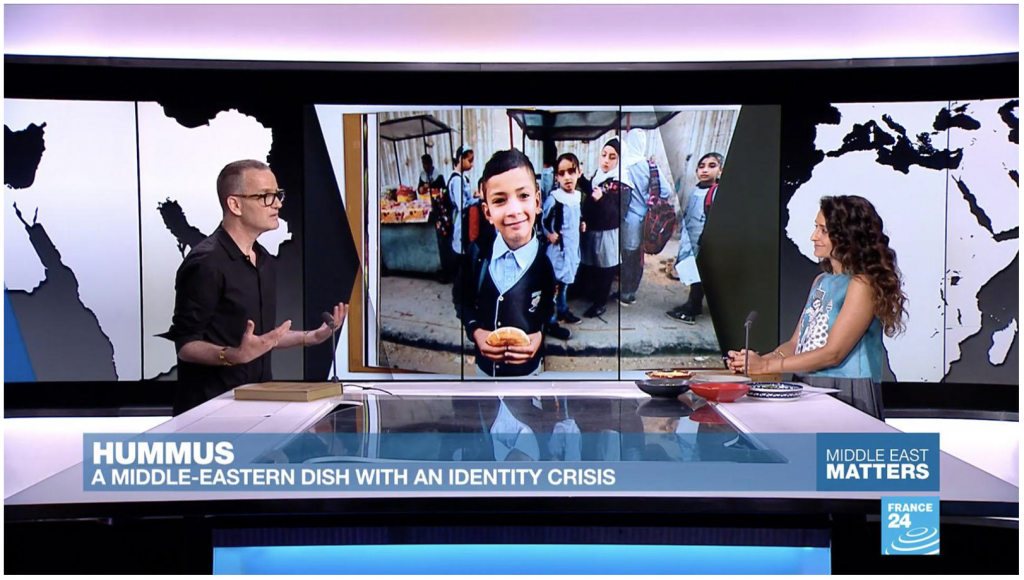 “No borders, no countries, no any oppressive system, we are focusing on the cities, and the people themselves that are living in those cities,” says Dan Alexander in an exclusive interview with Sanam Shantyaei, senior journalist and host of the TV show Middle East Matters on channel France 24.

In this special report, Dan Alexander was asked about his work as Chief Editor, designer, and co-author of his latest publication On the Hummus Route, which touches on the cultural significance of hummus (chickpea) and what this golden grain means to different people out in the street.

The book On the Hummus Route is a journey between places, people, and dreams, bringing a collection of recipes, stories, and never-been-seen street photography from nine hummus hubs across the Middle East.