Tablet Magazine explores On the Hummus Route, the new coffee table book that takes readers on the trail of the magical chickpea, across the Middle East. 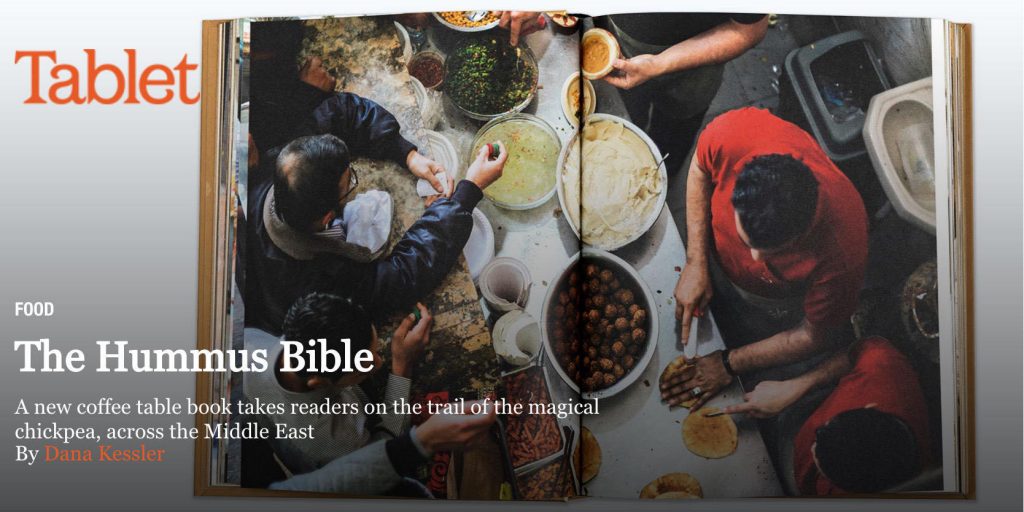 In this article, Tablet Magazine explores different texts by various experts, from Karim Haidar, who is the head chef and co-owner of Askini restaurant in Paris and the founder of the Academy of Arab Cuisine, to the world-leading researcher on Jewish cuisine and renowned cultural anthropologist Claudia Roden, who is originally from Cairo.

On the Hummus Route was created by prominent figures in the world of culture, cuisine, and science in a first-of-its-kind collaboration led out of Paris across nine Middle Eastern cities, from Cairo all the way to Damascus via Gaza, Jaffa, Tel Aviv, Nazareth, Jerusalem, Akko, and Beirut.

“In short, this is a hummus bible, its golden-brown cover the color of hummus itself.”