Fashion Statements is a book that explores a century of dress in Israel. This cultural-sociological document traces the development of local fashion, from the late 19th-century’s indigenous pre-Zionist times, through the converging of the opposing forces of Europeanism and Orientalism in the early decades of the state, to the current place that Israeli creativity holds in today’s global fashion scene. 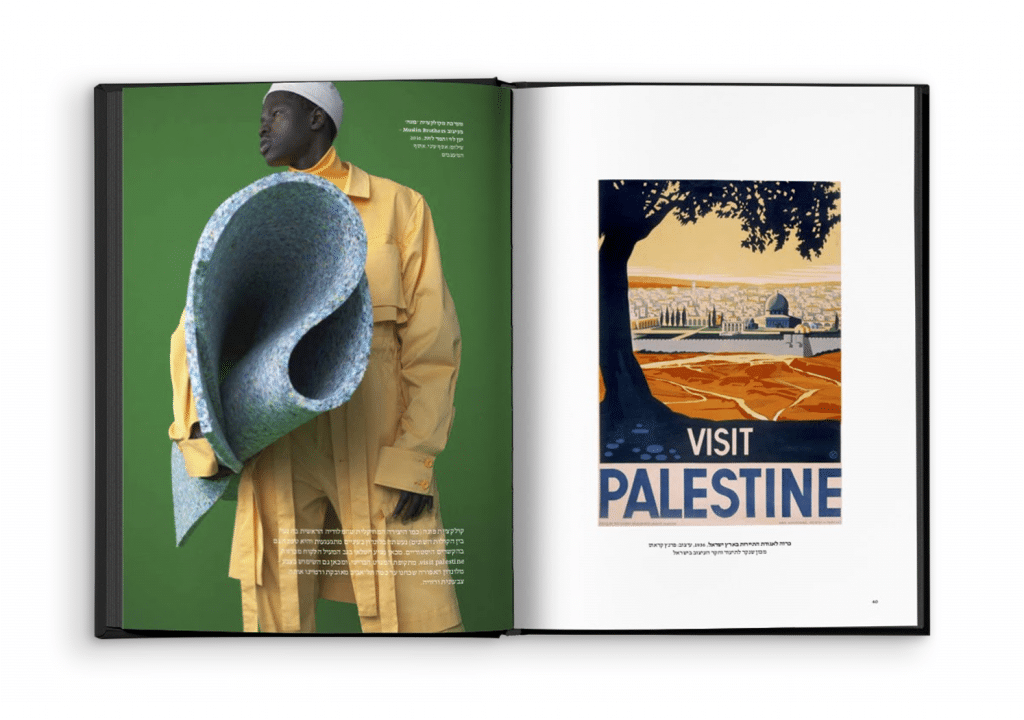 This book showcases a spectrum of important local players, from Ata and Maskit, to Gideon Oberson’s Gottex and the country’s contemporary designers Alber Elbaz and Alon Livne. Fashion Statements accompanied the first-of-its-kind exhibition curated by the Israel Museum, in its ongoing exploration of the region’s cultural landscape.

Dan Alexander & Co. designed the book to be published in four different covers, blurring the line between a timeless coffee table book and a traditional museum catalog. We specifically selected four Israeli personalities to be featured on each cover, including a statusless Sudanese refugee living in Israel since the age of eight, who dreams of integrating into Israeli society. This was aimed at igniting an active discussion around fashion and identity, focusing on culture, place, and the absence of these two dimensions. It heightens the role of fashion in raising awareness towards social changes, just as fashion ought to do.

Our viewpoint for the overall book design is that ‘fashion’ and ‘place’ are contrary to each other – Israel is a given political territory, while fashion defines an identity, which is always creative, cultural, rebellious, and driven by emotive messages. One way we conveyed this perception, is in a series of traditional clothing patterns, each identified with a different culture that makes up the social tapestry in Israel. As you leaf through the opening pages of the book, these symbolic patterns bleed and blur into each other, dissolving completely into abstract lines reminiscent of threads ready to be woven into fabric. 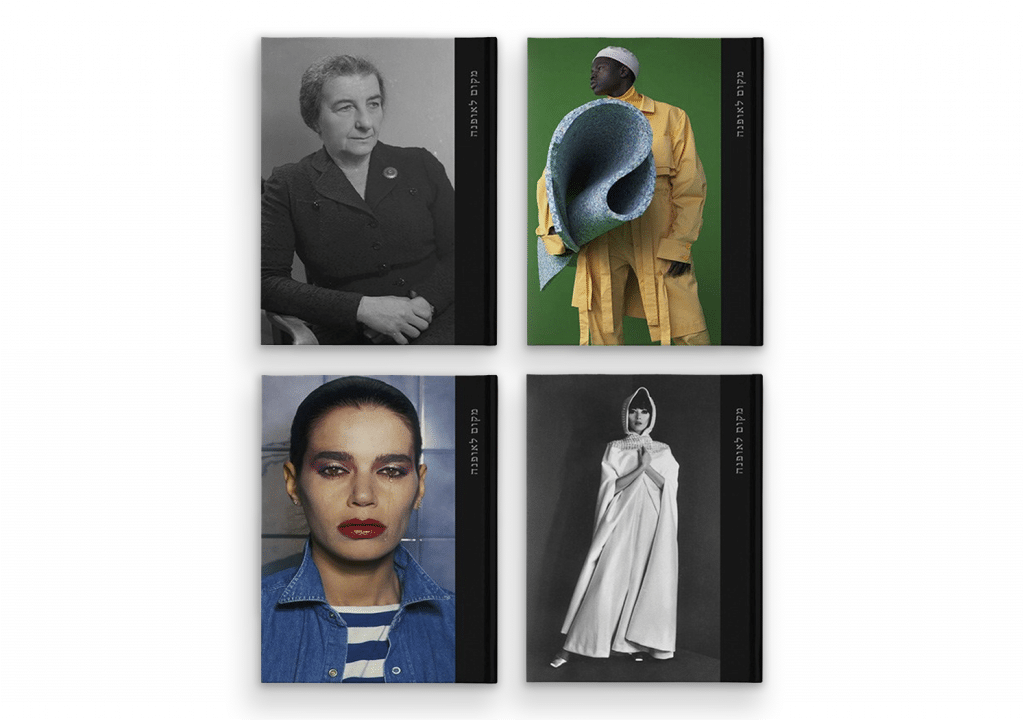 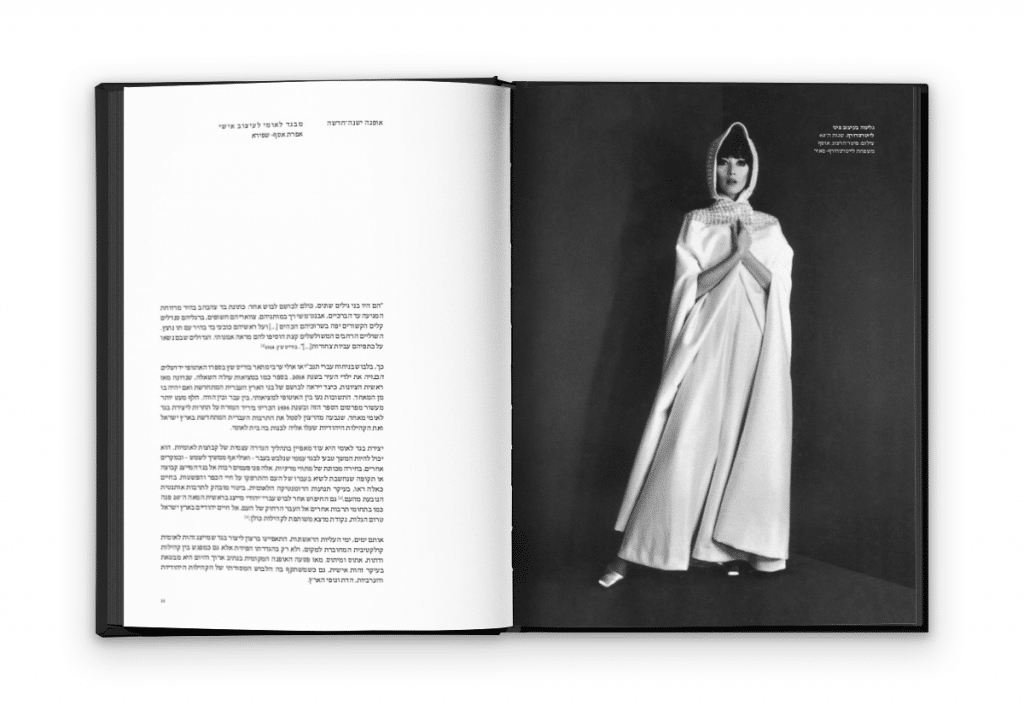 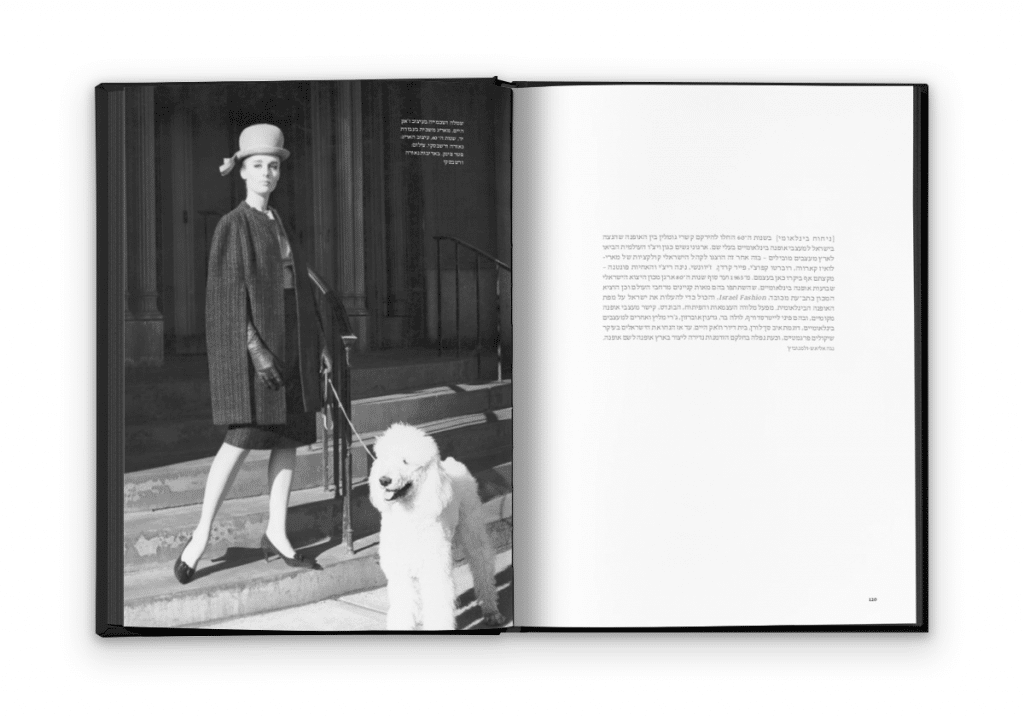 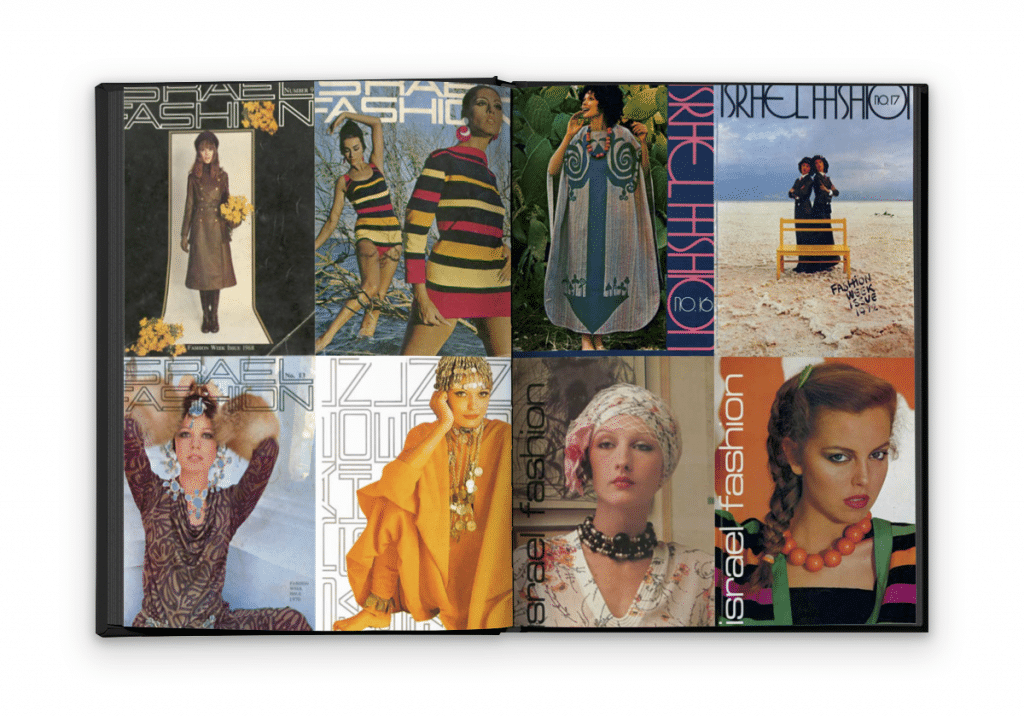 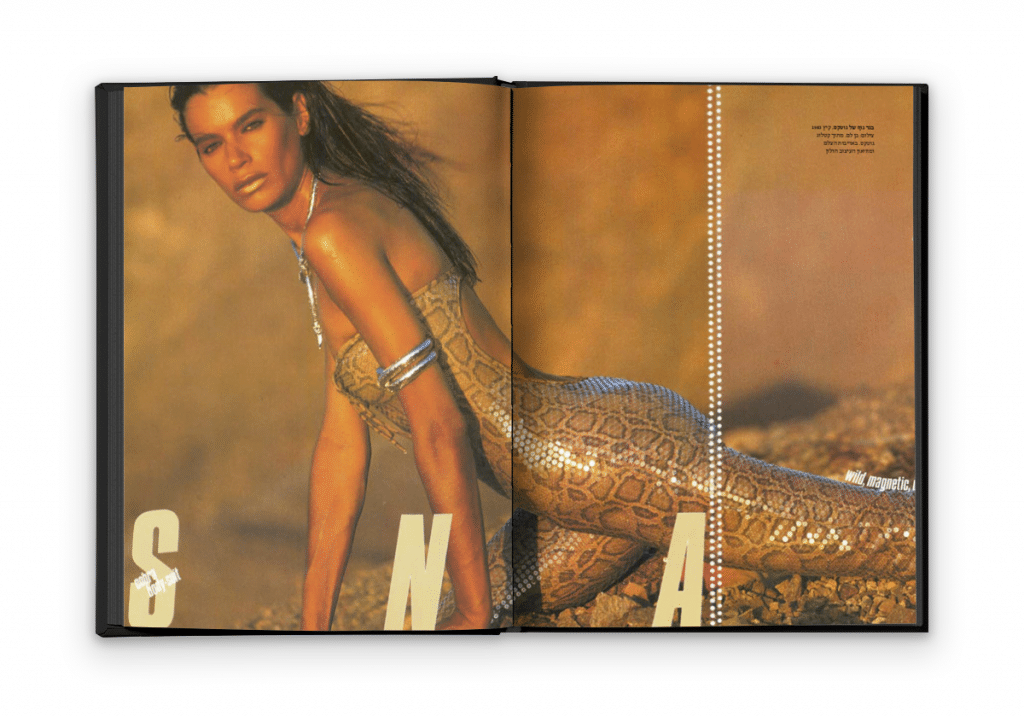 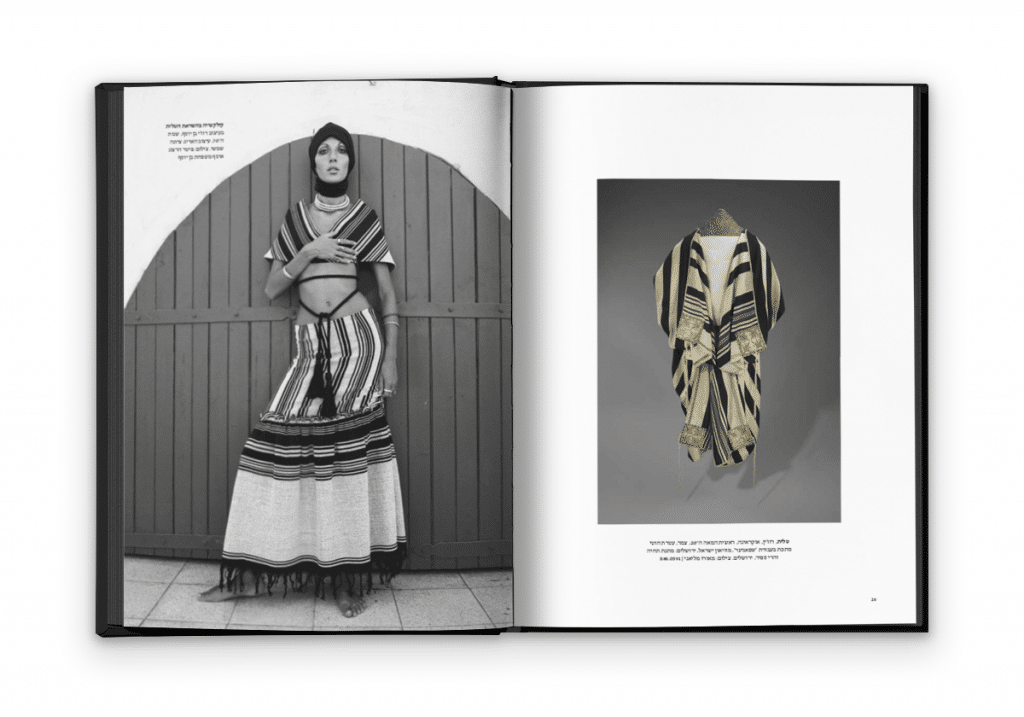 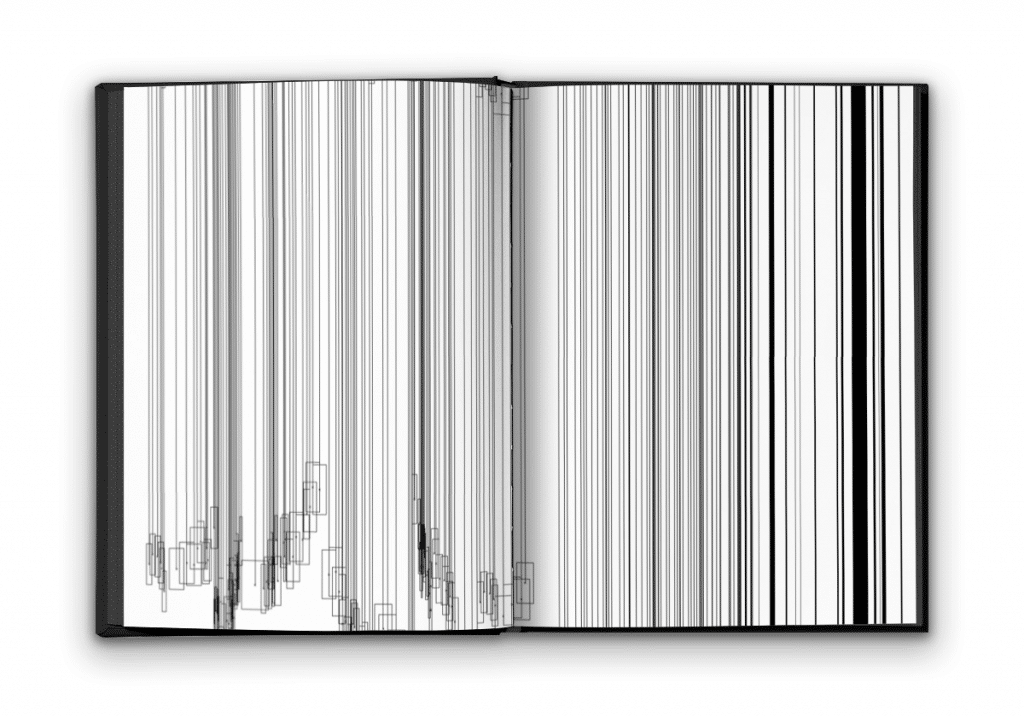 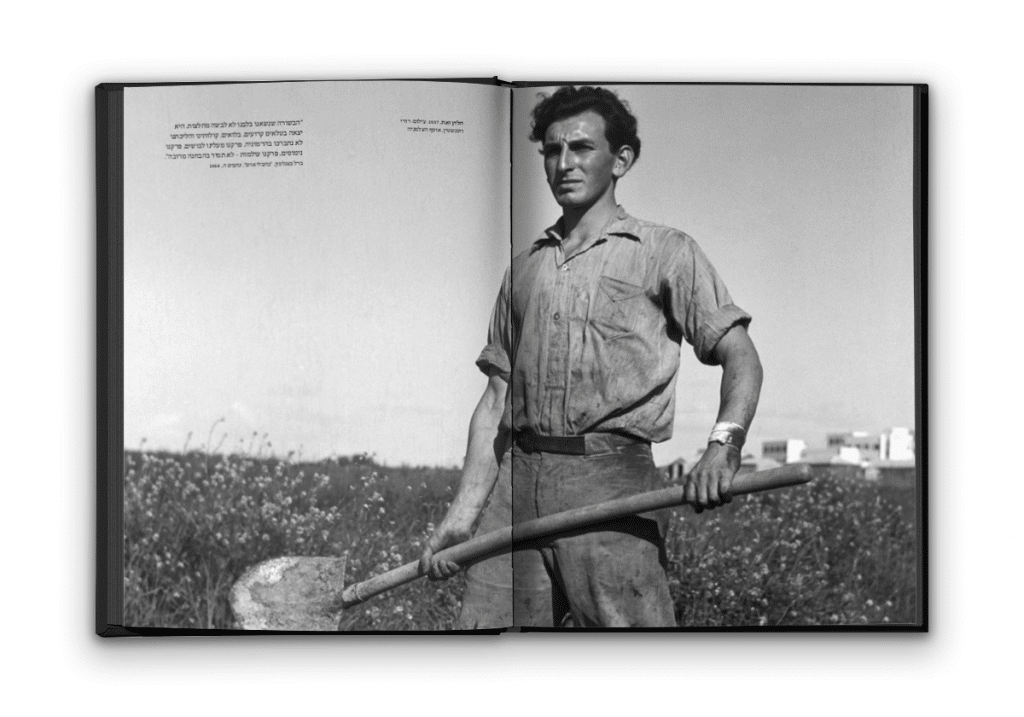 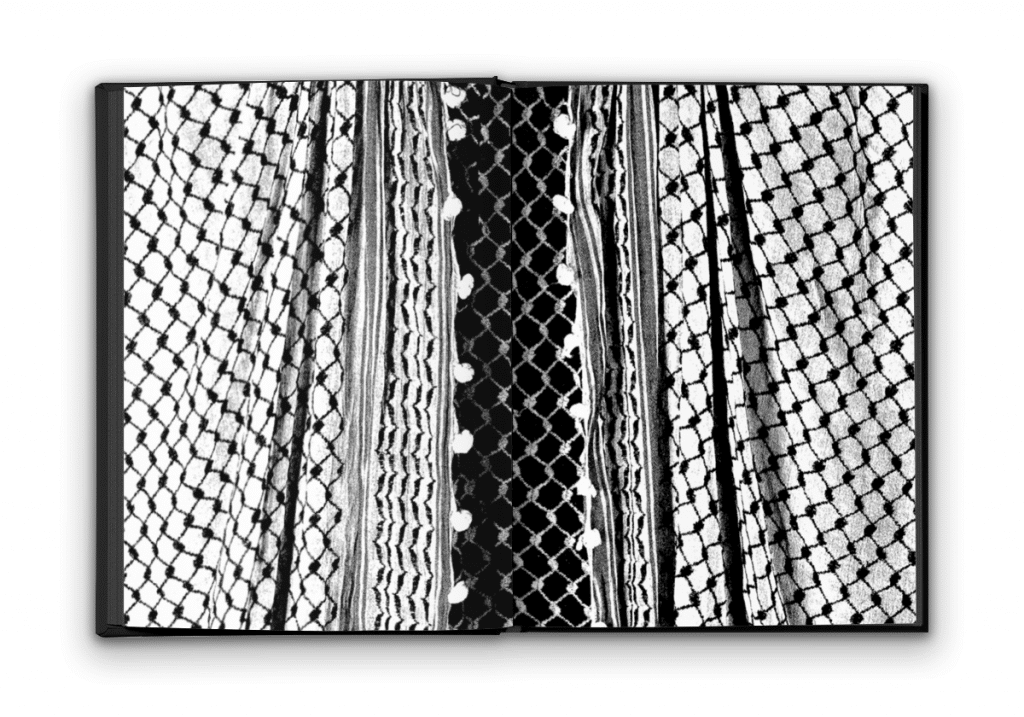 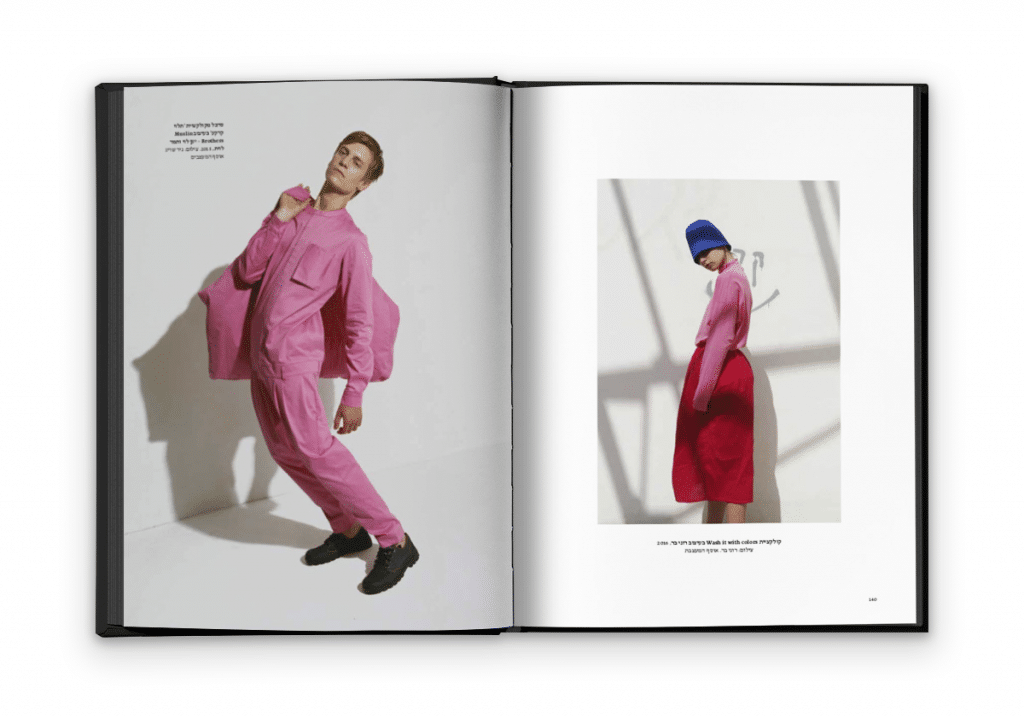 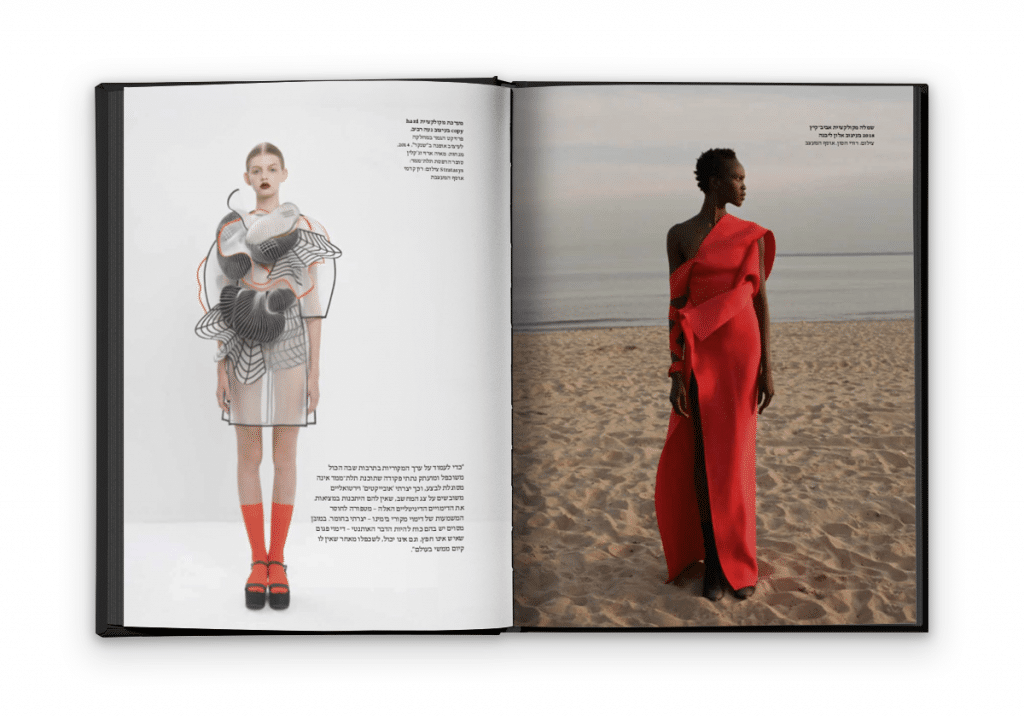 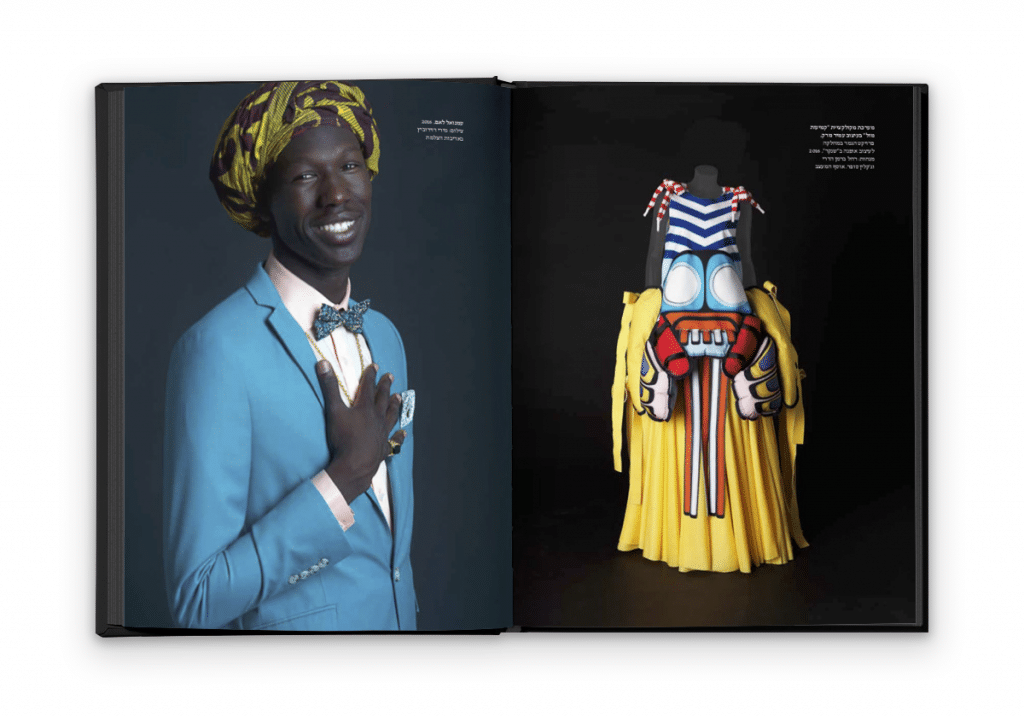 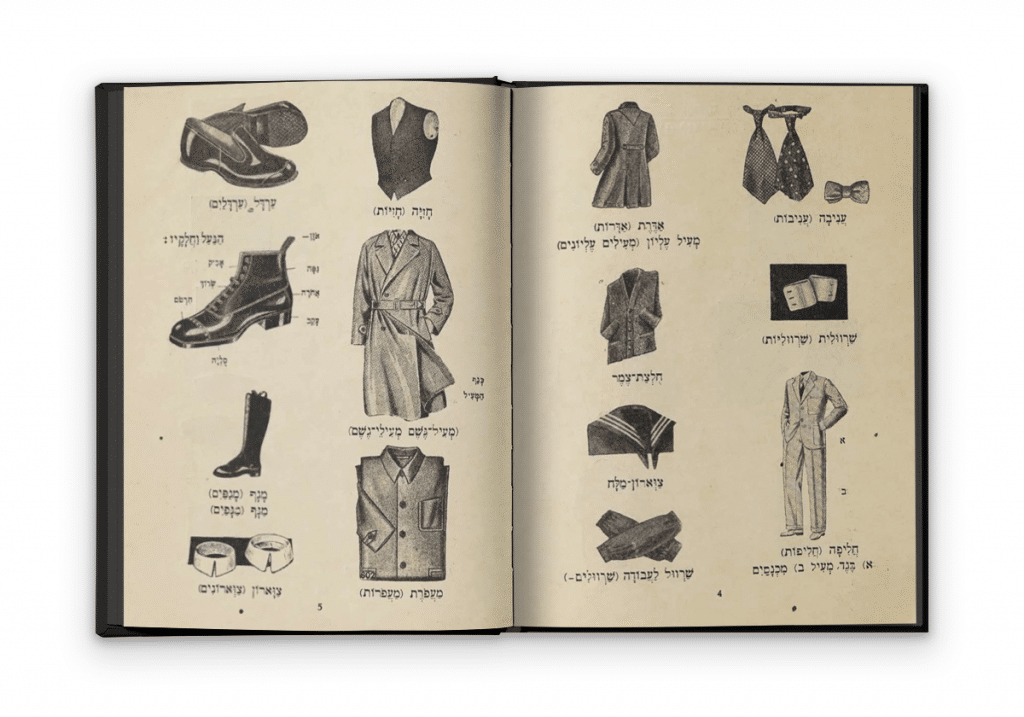